Mac OS 9 is the last of the "classic" Mac operating systems. It was initially released in 1999 and discontinued in 2002. 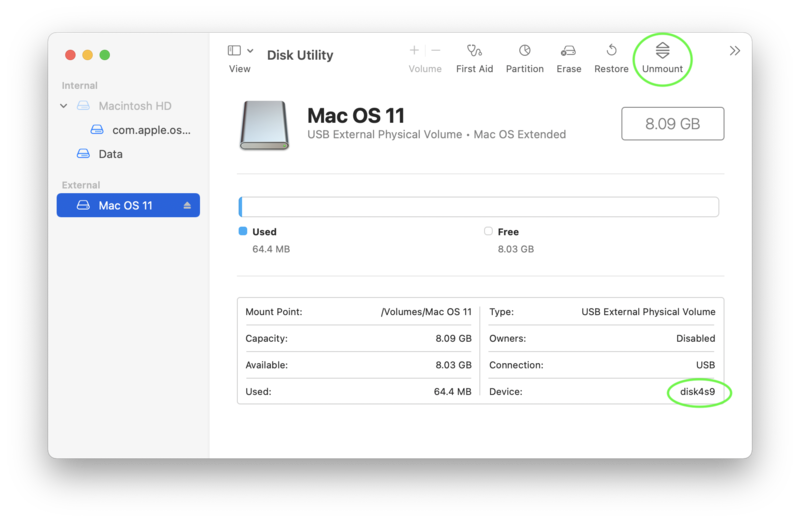 Start your Mac OS 9 VM with these option: sudo <QEMU commands> -hdb /dev/<name minus s and everything after>.
So for example if your disk is called disk4s9 you would use /dev/disk4.
In the QEMU monitor you could see if the flash drive is being used by typing "info block".
Once you are at the Mac OS 9 desktop you might now see the flash drive mounted.

If you don't see it, then open "Drive Setup", select your flash drive from the list. 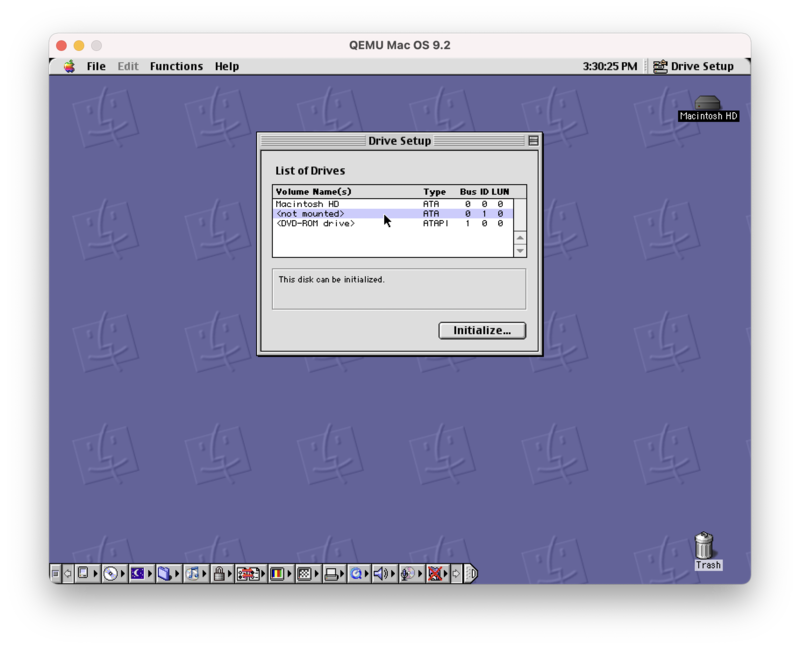 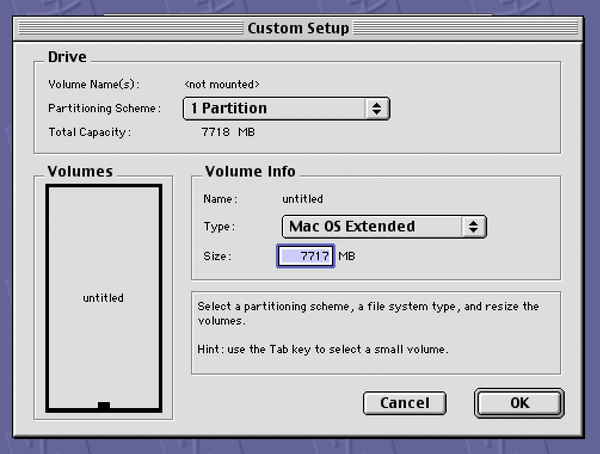 Push the Initialize button (this will erase the flash drive!)
The flash drive will now mount under Mac OS 9, Mac OS X, and Mac OS 11.


It is easier to treat a USB 2.0 or 3.0 flash drive as an ATA hard drive for older operating systems than using it as an USB 1.1 device. This method does not require the use of older USB 1.1 hubs or device driver unloading.

If you have any issues or concerns with this page please feel free to contact me.