QED is another new QEMU image format. Below is the FVD developer’s attempt to summarize the advantages of FVD over QED. The other side of the story, i.e., the advantages of QED over FVD, might be presented separately elsewhere.

By design, FVD has the following advantages over QED:

The performance results below are preliminary, as both FVD and QED are moving targets. This figure shows that the file creation throughput of NetApp’s PostMark benchmark under FVD is 74.9% to 215% higher than that under QED. See the detailed experiment setup. 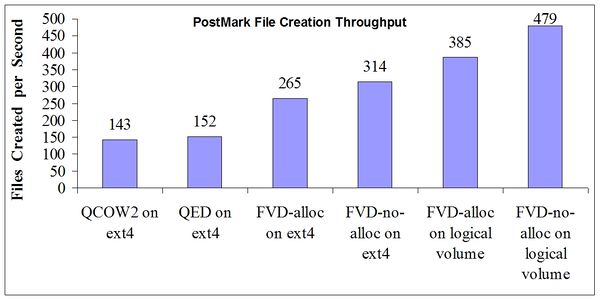