The QEMU emulated Arduino board visualizer is a platform for QEMU based board emulation interfacing. 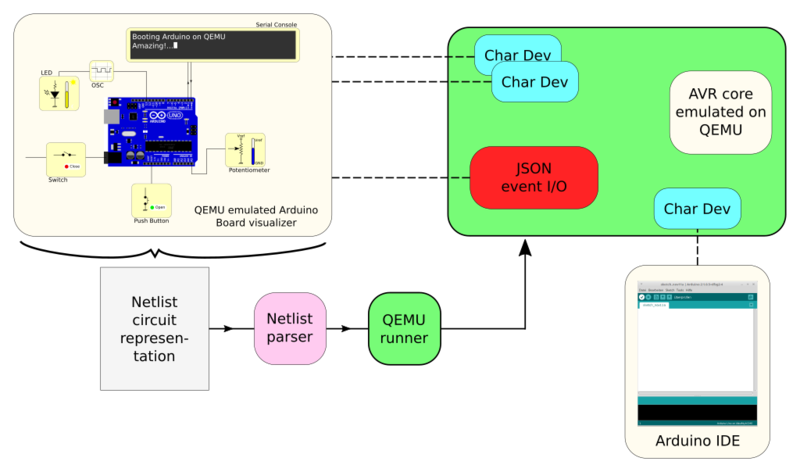 When the visualizer is run with a board a netlist is selected. Several netlist and visualization will be defined:

The netlist is parsed by the app looking for the widgets used and generating a QEMU execution line. For each widget a decivece will be created:

Once QEMU is running the Arduino IDE can be used to program the core and the interface to visualize/modify the board.